The Real Benefits of Pokemon Go

Everyone else has already thrown out their views on the phenomenon known as Pokemon Go, but not everyone sees the major underlying changes it is bringing to society. Yes, this augmented reality, free app is a brilliant and addictive game, but it really I so much more than that. I saw a tweet the other day saying how Michelle Obama has been trying to get kids out of the house for the past 8 years and it has taken Pokemon less than 24 hours. This isn’t even that FARFETCH’D of a comparison. From absolutely ludicrous change to the food pyramid, that practically fucked everyone’s diets who pre date 2004, to the push for Play 60 and the surge of school meal health, so much has been “done” to promote bettering the health of America’s youth. Pokemon Go drops and literally people from every generation are out walking miles every day tryna catch ‘em all. Name one government health movement that has done this to a level even half of what pokemon Go has achieved. You can’t. Pokemon Go is physical health phenomenon and I can honestly see it influencing a drop in the US childhood obesity rates. May be a bold statement Cotton, but we can review these statistic in a year and I’m willing to bet I’m right in the end. 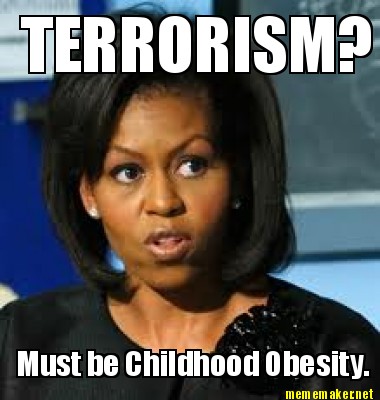 Not only is Pokemon Go a physical health phenomenon, it is a huge mental health phenomenon. This game is single handedly breaking social barriers for people suffering from anxiety, depression, and other mental health issues. I have read so many testimonies of people who are struggling with depression who just never wanted to get out of bed let alone their house, finally getting out, seeing daylight, catching Pokemon, interacting with society, and feeling more positive. If a girl or guy just ripped out your heart and shit on it, and you’re going through some rough times, go catch some Pokemon with some friends. I have also ready about a number Autistic fans of the classic series, taking leaps into joining the rest of us fans out on the hunt. I have been wavering on tears while reading some of these but it reinforces what we all really are. We are all fans of this amazing series and this game is helping to bridge gaps between so many of us. God Bless everyone struggling with anxiety, depression, and mental health issues, but know that we are all trainers here guys.

Whatever comes from this game in the future, whether it be positive or not, whether they keep it free to play or charge you for everything, you simply cannot deny the impact it has had on us all. It is not only an amazing game, but it is also a barrier breaking physical and mental health machine. I am also willing to bet that we will start seeing Doctors suggesting patients to give this game a shot to help combat mental health issues. You heard that here first from Rob at Wicked Good Gaming. Good work Niantic and thanks Pokemon for making us 90’s kids feel like kids again.