First off I want to say thanks to everyone who has been showing us love recently.  We took a week long hiatus because Dom moved to Malden and I moved to Chicago…and Chris has no control of his life anymore.  We are all settled in and ready to bring you all that degenerate journalism you all have come to love, or hate, whatever works for you, keep sending us those fucking views .  I also want to shoutout our buddy Nick Holmes over at Wicked Sick Music.  Nick hooked us up with our first t shirt order and not for nothing the shirts are fucking dope.  He runs a program that helps to promote local (New England, now that I live in Chicago I need to specify) bands and help them set up gigs at venues in the areas.  Nick and I share a similar taste in music so I wholeheartedly support what he does for these bands so do us all a favor and check his page out on Facebook.   https://www.facebook.com/wickedsickmusic/?fref=ts .

Fair warning everyone, I will not be listing any fighting game characters because we can all agree for a second here, Zone of Truth, every fucking fighting character is jacked beyond belief.  This is besides the women who somehow have 4 ribs a -4 waist and are not plagued by lower back issues.  So if you planned on reading  Virtua Fighter x Tekken x Street Fighter list CYA!.  Also this is in no particular order because these characters come from different realms, worlds, dimensions, realities and so on, I am simply listing 5 video game characters I think may be able to keep up with me in the gym.

Master Chief (Halo Franchise [Did I really need to specify this?]):

This was honestly my most asked for contestant.  THE Master Chief is a modern day gaming icon who has garnered a status with the upper echelon of icons such as Mario, Link, and the sorts.  Chief was raised and trained as a weapon through cybernetic augmentations, biochemical engineering, and his badass MJOLNIR armor.  Chief has single handedly saved mankind almost a dozen times at this point.  From windmill kicking Grunt heads to beating Brutes with Elite limbs, Chief has taken on armies alone…and won.

Lets give this guy a fucking round of applause for these gains though.  Chris Redfield went from looking like a bowl of cooked angel hair spaghetti in the original Resident Evil to a brick shithouse in Rez 5.  Maybe some girl took a shit on his heart, maybe he’s been hitting the juice bar, maybe it’s a combo of both, but I would do the same if I found out Sheva Alomar was going to be my new partner.  Hot Damn!

Does this even need to be explained?  Kratos has killed nearly the entire Greek Pantheon including every demon and demigod that crossed his path.  He beat Hercules AND Zeus’ heads in with his fucking fists.  Kratos fucked up Titans and made it look like a warmup set.  He will be returning to decapitate the Norse mythology next.

Not only does this guy look like he can destroy a flat bench, but he must do a minimum 5,000 crunches a day.  I only played the game briefly in passing, but a guy with anywhere from 0-6 arms who literally fights planets may be able to keep up with me at the gym…maybe.   This guy is angrier than me after finding out my ex fucked her coworker and I downed half a jar of nitraflex before my workout. 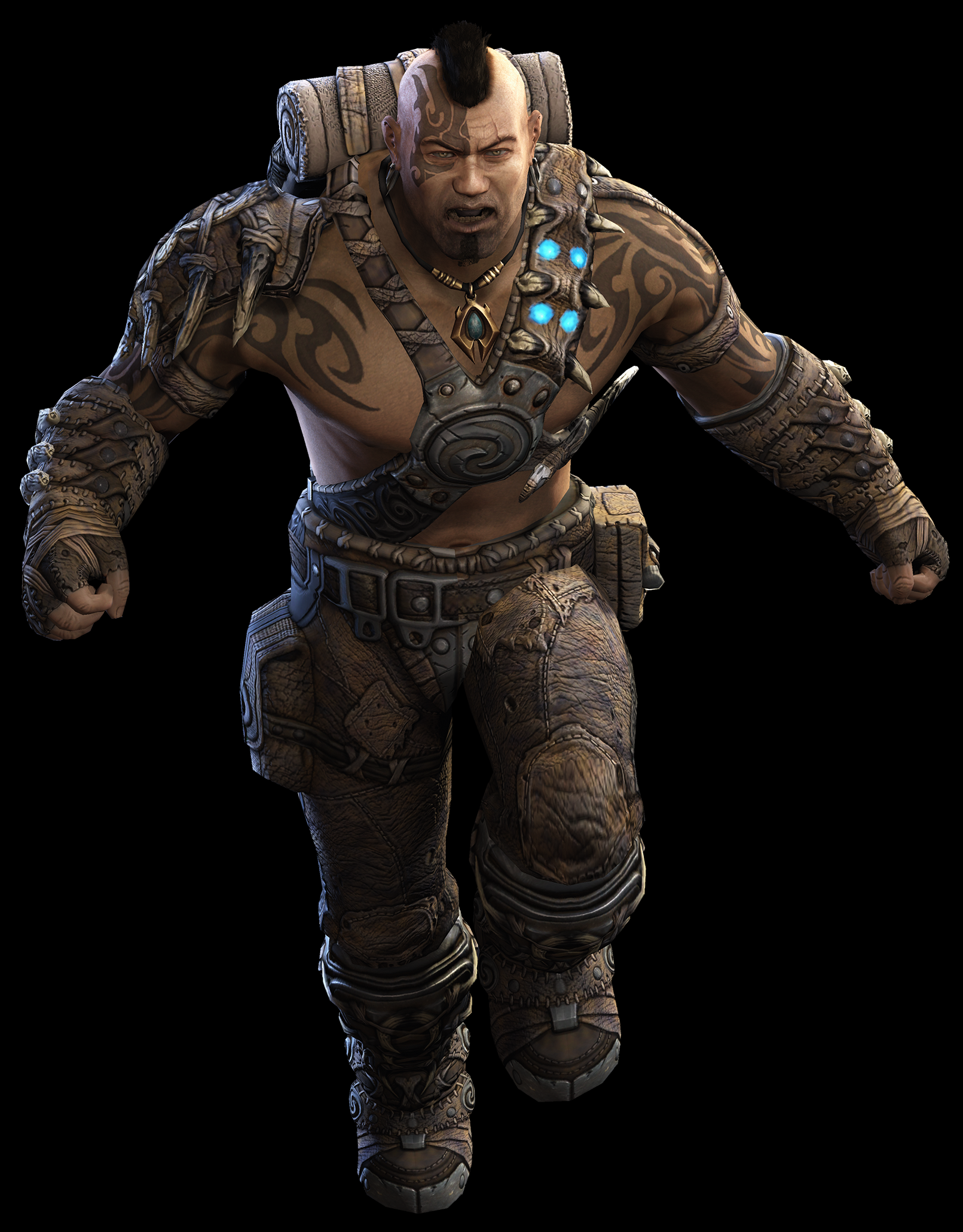 I’m gunna get some shit for this one.  Gears is a series of absolute juiced up meatheads, so it is tough to distinguish the strongman of the series.  My vote goes to Tai, sorry Cole and Fenix fans, but Tai is the definitive power lifter build.  Keg gut and barrel-chested, and you know Samoan’s are stupid strong, just look at my old work out buddy The Rock. You see fucking ripples on their bods during the load in screen and the 1st thing that comes to my mind is “how many sets does it take to get legit muscles on muscles like that”?.  I have taken over 3 years of Anatomy courses and they have muscles developing in between and on top of regular muscle groups.  Also, my favorite Mundo skin, Mr. Mundoverse is him destroying weights in the gym. Tell me how many people you know with a fucking gatling gun for a hand and forearm, then explain to me why they aren’t as jacked as my dude Barret.  That’s right you can’t.  He puts the bar between his gun barrels and absolutely wrecks plates like its nothing.

Let me know who you think I may have missed in the comments.