Last week we got a little PBE teaser on the possibility of a new champion release.  Riot likes to be subtle with these things, excluding Kled of course, but they dropped a few pieces of audio on the PBE.  As per typical League community fashion, the YouTubers went batshit crazy trying to figure out what this teaser could be, but this week we finally got the confirmation of the next Champion to be released on the rift.  There was a lot of speculation around the release of “Sorag” who was rumored to have surfaced under every virgins Reddit posts last week.  This came from some released speculative images from a guy who may or may not be associated with Riot and League development.

We now know that “Sorag” is not the next champ.  I give you Ivern, Friend of The Forrest.

Riot released just 6 hours ago and put your tinfoil caps on because your boy is about to start theorizing.  So if you have heard the PBE audio you can make the connection to the Friend of The Forrest and how he cares for the jungle camps.  This is where I will start with my speculations.  Ivern cares for these camps, which is proven in the teaser video, showing him protecting the most fucking adorable pack of wolf pups., so it may be safe to say he could be intended for the jungle  Here me out here, but what if Riot designed a champion who doesn’t necessarily KILL the jungle camps, but uses them to his advantage.  Take champs like Nunu and Syndra for example.  Nunu gains different buffs when using his Consume on different jungle camps.  Syndra gains additional benefits from using her Force of Will on large jungle monsters and canon minions.  What if Ivern is a combination of Nunu’s Consume and Syndra’s Force of Will, in which he also gets differing buffs from each jungle camp.  Another spaceshot theory could be that Ivern could be another one of those companion/minion creating champs such as Malzahar, Mordekieser’s Dragon Pet, and the reworked Yorick, in the sense that he may be able to…we’ll say befriend…a jungle camp into following him as his companions.  I just find it hard to believe the Friend of The Forrest, who is depicted protecting the wolves would be killing camps left and right like your greedy piece of shit animal murderer Master Yi.  This could make for some very creative gank potential, like befriending the enemy Krug camp as you move your way bot lane for a gank.  Regardless, very little is known about his playstyle and abilities, so it is all still speculation…but if this ends up being the case, you heard it here first. 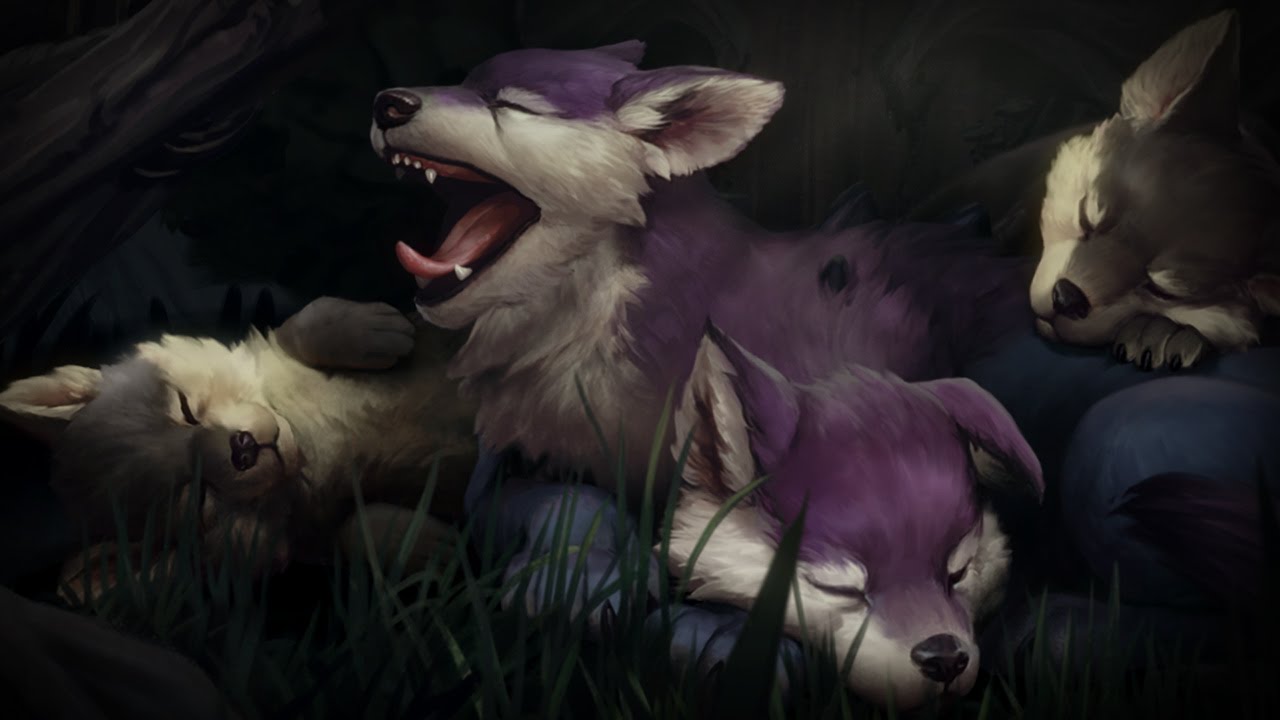 Visually, Ivern looks like Maokai with a visual update… I mean the OG Tree looks like shit and needs one to begin with, but Ivern looks like another tree.  This inherently leads me to believe he will have some sort of lore relation to Maokai or Zyra.  He could also be another spiritual protector or sorts, similar to Bard.  At the end of the teaser, you see his vines? glow with what I can only imagine would be magic, so I suspect him being another AP champ, which would be a good way to diversify the AP jungler pool from just Fidd and Diana.  Also, at the end of the teaser, you see the grass in the back and foreground growing around him, hiding him and the wolf pups from the other hunters.  This could be another form of stealth mechanic similar to Teemo’s bush stealth.  (Tinfoil Cap) What if Ivern could extend the Fog of War using this mechanic/ability???  Who knows.  Anyways, I have to step away from my AM radio sessions about the imminent alien invasion ad how the government is poisoning the air around us.  I hope you enjoyed my thoughts and speculations on the newest champion coming to the the Rift.