I am so jazzed about the Luigi’s Mansion arcade game(pictures of the game posted below). This is a spin off of Luigi’s Mansion Dark Moon for Nintendo 3DS. This game was originally released in Japan last summer but just made it’s debut to Dave & Busters on the West Coast. Fucking West Coast gets everything first. Might as well take this one too..

Now it’s the East Coast’s turn. I want this game at every bowling alley, mall, pool hall, family function. Everywhere. I want to take my little cousin to the arcade just to show him that Uncle Chris is no one to fuck with. I will take my Poltergeist 5000 and shit in his Wheaties; ruin his day. 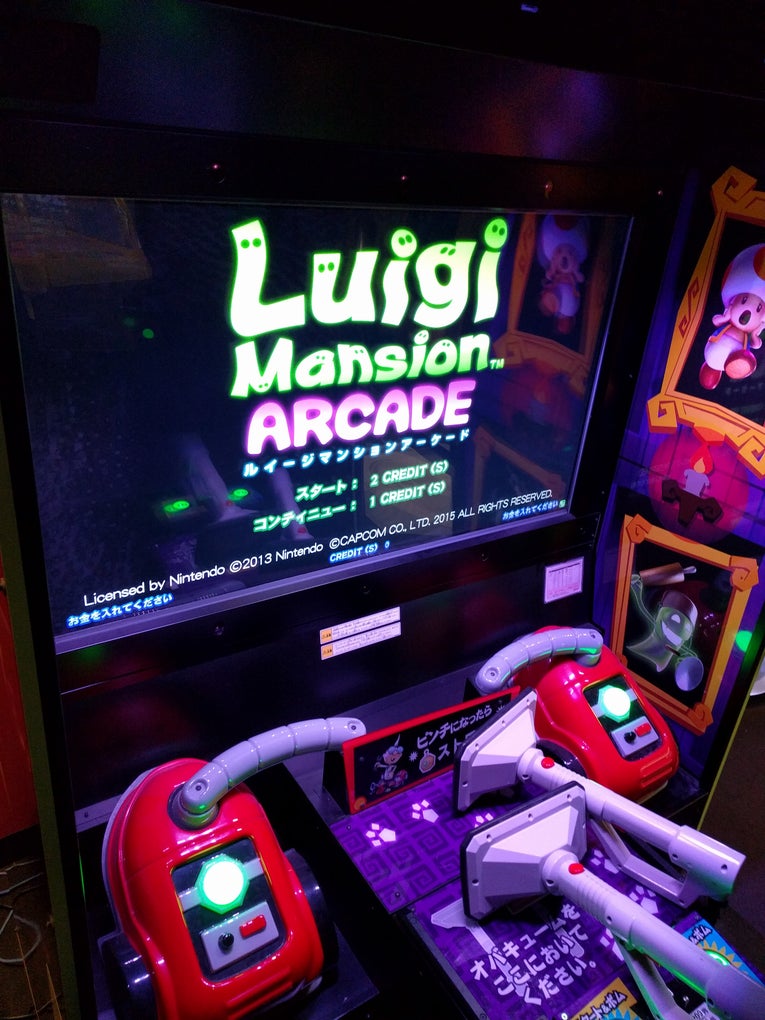 This game is compatible for two people to play at the same time too which is dope. You can team up with one of your boys/gals, drink a little bit too much, and go to town. I know that if I had the option of going to a bar and drink a couple too many Bud Larry’s and play Luigi’s Mansion, I would be all over that like flies on shit.

SKEDIT. Add us on Twitter @WickedGoodGames and call me fat