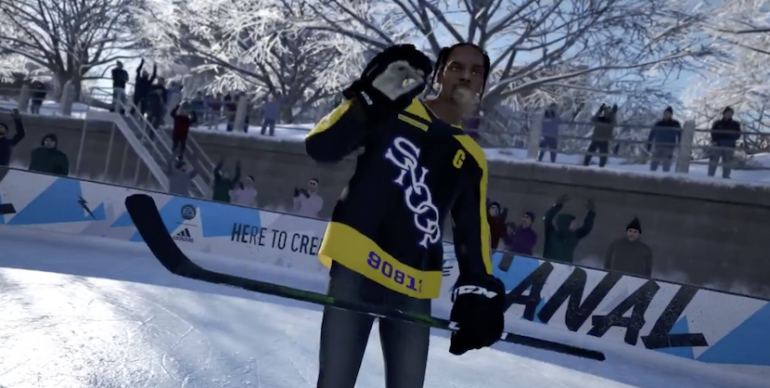 EA has been having a little fun and adding in some different playable characters. First Toronto Rapters’ point guard Kyle Lowry, and then Minnesota Vikings’ wide receiver Juju Smith-Schuster. Obviously, neither of these two added characters are hockey players – and neither is the new addition, Snoop Dogg. And before you think he has no credentials to be doing this, listen to how much of a natural he has commentating a Los Angeles Kings game back in January.

EA has hinted at NHL 20 adding some celebs such as Snoop, Drake, and Will Ferrell. I can understand why people wouldn’t want celebrities tarnishing a sports game, but I don’t think that’s that case at all. It’s fun. And to have a created team with your captain being Snoop Dogg sounds like a blast, or you can just have him call a game that you and your buddy are playing. It’ll be a breath of fresh air into a game that honestly, hasn’t really changed much over time. Drop the gloves with a celebrity on the ice and it’s the closest we’ve had to Def Jam game since the early 2000’s.

All I know is when Snoops playing on the pond, he better have a blunt in his mouth. I don’t care what the game is rated. Keep things realistic.