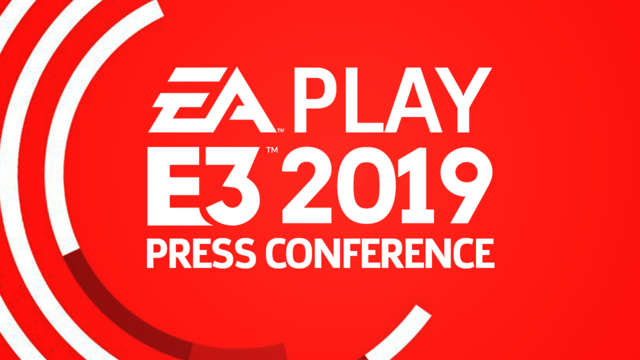 What is really good my internet brethren. Hope you are enjoying our takes on E3 2019 – and without further ado I give you EA’s Breakdown and Report Card.

Here’s what stuck out,

Star Wars Jedi: Fallen Order – I’d be remiss to not start this blog with Fallen Order. This was actually one of my favorite announcements in all of E3 2019 and the game looks absolutely incredible from a graphics stand point. It’s tough to get a full ball grab from a trailer, and I feel like sometimes it’s hit or miss. But from the trailer, it looks like it’s going to be a lot less linear than I originally thought and there looks like there will be a shit ton to do. I’ve said it time and time again, that I’m not a huge Star Wars buff, but I’m excited for Fallen Order fersher.

FIFA 20 –  I feel like sports games as a whole are just eh but that doesn’t mean they can’t be a good time. It’s mainly because what the fuck else can you do to make the game better? Updated graphics? Sick, but expected. But FIFA is a game that is so simple, yet so fun. I’ve never played soccer a day in my life and if I did it would be a scary sight to see. As a 6 foot 4, uncoordinated, booze hound, I was never able to grasp soccer and how people can use their feet how I can barley use my hands. I guess you can take that sexually, but ANYWAYS. FIFA is a game I always enjoyed in a dorm room, and also today, alone in my bedroom, like I always am.. I’m super excited about “Volta” football in FIFA 20 and just the game as a whole.

Madden 20 – Ok, now I sound like a hypocrite. But, I’m a sucker for a career mode and living vicariously though electronic, athletic specimens. With the new career mode in Madden, they are bringing back college teams to add another element to your career mode. I like it. A little more substance in such a simple game mode. I hope they take into account the interaction like MLB The Show has, and if they are able to incorporate this, I might be back in on Madden games. From more than just single player, I hope Madden pros get a little more in Madden 20. More in game tournaments, and overall a better setup. Man I can’t wait for the Pats to win another Super Bowl next year.

Battlefield V’s Chapter 4 Updates- BIG TIME EH. I hate the slow pace play of Battlefield as it is, and I know i’ll get backlash for it but whatever. It’s just not my cup of tea. I can’t argue with the substance and how aesthetically pleasing Battlefield is. But it get’s the meh tear from me and not the low tier because it seems that they’re trying. “DICE is also planning some close-quarters battle arenas, with the maps Provence and Lofoten.” – Ok, that’s a start. Not saying i’ll get on the Battlefield bandwagon, but i’ll look more into it.

SIMS 4 Island Living- I will never ever ever say anything bad about the SIMS. I know it’s not a game per-say but I had a blast with it my whole life. I loved building houses that I’d never be able to afford and the rush of seeing the grim reaper in the distance because I forgot to put a ladder in the pool (not a psychopath I promise, it was by accident all 20 times). But it’s getting a Meh from me because there’s not much more you can do with a life simulator. But put them on an island, that’ll make people spend dough.

Apex Legends Season 2 – You get your own section Apex Legends. I’m so over this game and don’t think i’ll ever pick it back up. The best part about this announcement was that Goldenboy was the one doing the interviews (guy’s a legend ,no pun intended), and that the Mozambique is getting a precision choke. Other than that, whatever. Apex Legends is rolling out a new legend (Watson), a new gun (L-Star from TF2) a new way to play the game (ranked mode), and also buffing what you’re able to get in season 2. Sounds like a step in the right direction overall, but I still have such a bad taste in my mouth over the Apex experience that I’ve already had. And for that reason, I’m out (closest i’ll ever be to being on Shark Tank). I had my time, I enjoyed it for a small portion of it, and now I think that it’s time to completely turn my back on Apex Legends and never pick it up again. To each his own, if you still enjoy it, go ahead. But to me, that wasn’t a ground breaking announcement and didn’t make it move in the slightest.

Overall, EA’s E3 press conference left a lot to be desired and nothing really got me excited besides Fallen Order. Everything else I wouldn’t bat an eye if I hadn’t seen it. Overall, average compared to other presentations.