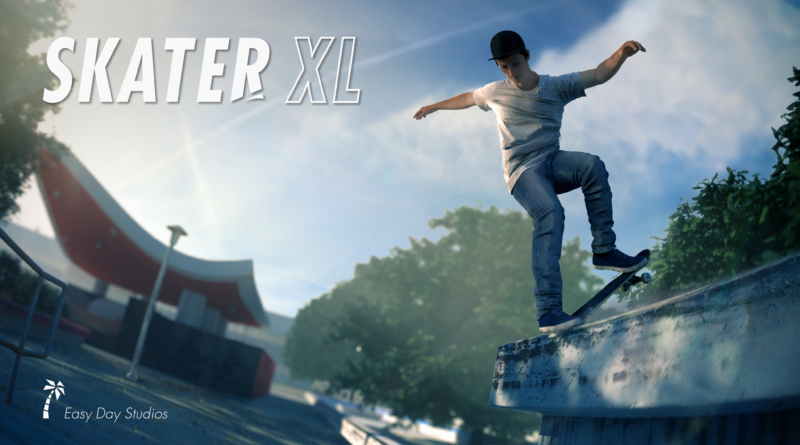 If you grew up in the 90’s, survived Y2K and have made it this far, I am willing to bet you have gone through an extreme sports phase. Every kid in my neighborhood owned either a skateboard or BMX bike and with trails down my street and a skate park around the corner, I took full advantage of both. Going from being a completely sub par skateboarder to picking up Tony Hawk’s Pro Skater was the easiest transition of my life. No more rolled ankles or scraped knees and I could simulate tricks I could only see watching the X Games or attending the gone but never forgotten Boom Boom Huck Jam. Tony Hawk’s Pro Skater peaked then inevitably declined and has yet to make the comeback it deserved but the Skate franchise filled the void that so many of us millennials longed for. The issue is it’s been almost a decade since Skate 3 and we are itching for some skateboarding nostalgia. What can we do right now you might be asking? The wonderful folks over at Easy Day Studios may just have the answer with Skater XL which is currently still in Early Access on Steam, but was just announced to be releasing in full for Xbox One and Nintendo Switch with an expected launch in 2020.

All that being said the game is still in Early Access on Steam so it is pretty barebones with a standard skater and neat sandbox area to stomp some tricks down. We should be expecting some more detailed character customization with gear, boards, clothing and accessories at launch. I am also very hopeful that there will be a system involved that displays the tricks you pull off in real time. The game incorporates a unique duel analog system in which both sticks are used to execute tricks which felt really smooth once I got used to it after a little. Another small detail that I absolutely loved and didn’t notice right away was when you switch from regular to goofy, the stick layout swaps as well and that tiny attention to detail was very impressive. Overall the Early Access experience is worth checking out especially knowing the full launch is right around the corner.

So if you are feeling nostalgic for a solid skateboarding experience then Skater XL is certainly worth looking into, just be aware that you may need to explore some mods in their Discord channel and Steam pages until the full launch next year. I will for sure be checking it out at launch and will have more to keep everyone up to date with so stay tuned.