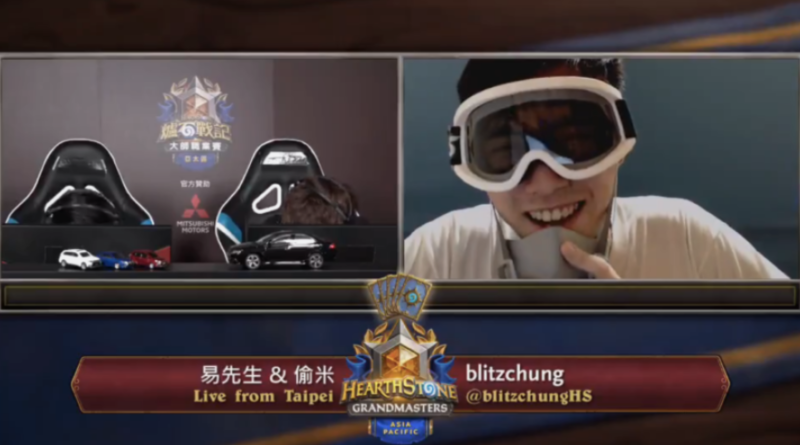 Hearthstone pro Blitzchung was removed from Blizzard’s Hearthstone Grand Masters tournament following his comments in a post-game interview, where he voiced his support for the ongoing protests in his home country of Hong Kong.

In a video that’s been since removed from one of Blizzard’s Hearthstone Twitch channels, Blitzchung shouted “liberate Hong Kong! Revolution of our age!” while wearing a mask like the ones being worn by protesters.

In an official statement in which they cite the official competition rules and code of conduct as justification for banning Blitzchung, Blizzard adds the following:

We’d like to re-emphasize tournament and player conduct within the Hearthstone esports community from both players and talent. While we stand by one’s right to express individual thoughts and opinions, players and other participants that elect to participate in our esports competitions must abide by the official competition rules.

While Blizzard may seem like they’re just following their own codes of conduct to the letter, China’s Tencent has a minority stake in Activision Blizzard (as well as several other major gaming publishers), and is definitely adding a level of tension to the situation that I’m sure A/B wants nothing to do with. They’ve reacted as objectively and predictably as possible thus far, much like the NBA who distanced themselves from tweets by Houston Rockets GM Daryl Morey, who also lent support to the protests. Tencent responded by pulling NBA games involving the Houston Rockets off the air completely.

Obviously, Twitter is an absolute uproar over both issues. All I know is, free speech is an inalienable right over on this side of the pond, and to quote Optimus Prime – freedom itself is the right of all sentient beings. Blitzchung doesn’t seem to regret his comments, adding that he considers it his duty to say something about this issue.

Codes of conduct like this are in place for a reason, and that reason is mainly to cover the host company’s ass so they can easily distance themselves if anybody says something that pisses off investors. I’m personally not a subscriber to the “shut up and play” school of thought that’s plaguing almost every major sport today, including esports.

If you’re passionate about something, and you’ve got the platform to make a difference, speak your mind. That is all. Have a great week everyone.