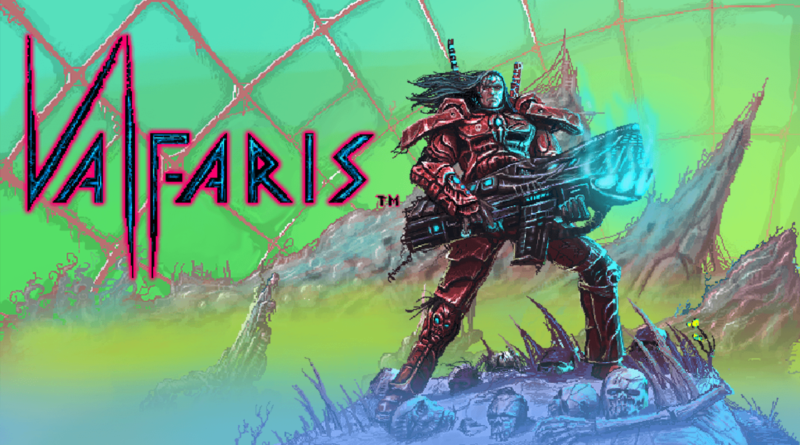 The following review was done by our very own Bubba Sac. You can find him on Twitter right here, and on Twitch as a part of the official WGG Stream Team right here!

As a huge fan of platformers and metal music this was right up my alley and boy did it deliver. You start out traveling to your home planet Valfaris to find out it has been overtaken by some evil aliens and your father, the ruler of the planet is nowhere to be found. I guess its time to turn up the metal and slay everything in sight!

At the start of the game you are given a pistol, a sword and a shield, but as you progress through the game you’ll be picking up a bunch of awesome upgradeable weapons like the Bringer of Mayhem, and the Hellwraith, a gun that shoots tormented souls at your enemy. The enemies and the different environments look awesome. The boss fights present a formidable challenge until you destroy them into a bunch of chunky flesh pieces. The soundtrack is amazing. Having some heavy riffs playing while splattering enemies is very satisfying. If you’re not a fan of metal then just mute the music and destroy everything to your favorite songs.

As far as replay value the devs are working on a game mode called “Full Metal Mode” which will be released as a free update across all versions at still-to-be-confirmed date. Full Metal Mode will unlock upon completion of the game, or will be unlocked straight away when installed if a ‘Game Clear’ file is present. The only details I have about this mode are all weapons, upgrades, and upgrade items will be carried over, enemies and bosses will be more aggressive, player will take more damage, and players will have access to one additional Destroyer class weapon. If you like to replay your games on a more extreme difficulty it will arrive hopefully shortly after release.

All in all I have nothing bad to say about this game. Everything was so well made.This game really did it for me. The Art, soundtrack, gameplay, guns. Everything was so well done. If you like platformers with guns, gore, and an amazing soundtrack I highly recommend picking Valfaris. Valfaris comes to PC & Nintendo Switch today, and will arrive on PS4 and Xbox One during the first week of November.