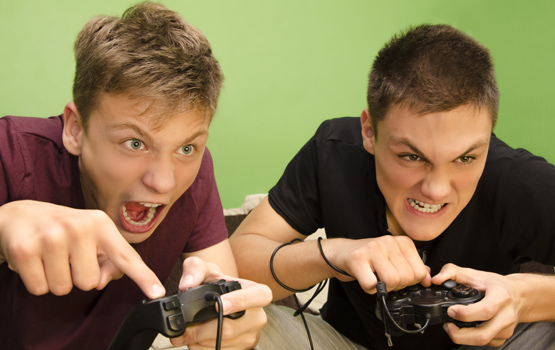 In life, there are times that you look back at and know that was the day that really toughened you up. It can be the loss of a loved one, getting fired from the job that put bread on the table, or joining a toxic lobby on Xbox and everyone coming at your neck because you used a riot shield last game. You had to have tough skin, and be able to think on your toes and configure some solid burns to clap back with. I’ve been called every name in the book and told I should go do unfathomable things to family members. And look at me now, tough as nails, strong like bull, and dumping my thoughts onto a blog and all social media that will allow it. It’s called personal growth.

I’m genuinely worried about the upcoming generations of kids. They all want to stream and be esport pros, but get kicked off of streaming platforms for having a little passion. Maybe you’ll get banned for going overboard, but you will bounce back. As Rocky said, “it’s not about how hard you can hit. It’s about how hard you can get hit and keep moving forward.” Resilience. Whether that’s in the work force or in a Call of Duty lobby, it holds the same weight.

How are they going to became tough human beings if they get participation trophies, and aren’t allow to go toe-to-toe with BigWilly69 in a video game post-match lobby? Instead they build virtual cities for 4 hours a day in Minecraft? Absurd. Parent your kids and make sure they play competitive FPS games or they’ll end up pussies. They can water down the anger with a little Animal Crossing, but there has to be a mix of competitive and casual. It’s science.

So punch that desk kids, and then go fishing for Red Snappers after. You’ll end up an asset to society, and an incredible person at the end of the day.