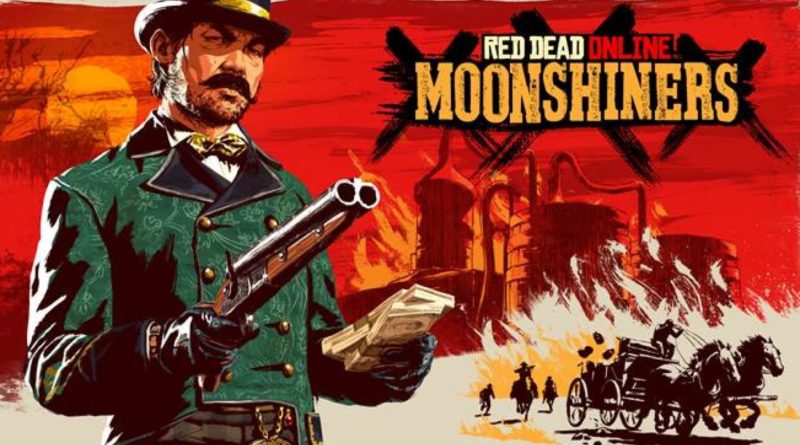 On December 13th, on the next Frontier Pursuit of Red Dead online, there will be a role of Moonshiner. This will included missions and activities where you can own and operate a black market moonshine business. You’ll be able to unlock role-specific skills to get your distillation skills up, avoid the law, and put other moonshine pushers out of business.. If all is done correctly, and you survive, you’ll be able to open your own speakeasy.

Red Dead Redemption is checking all the boxes besides the rocky start for Red Dead Redemption 2 on PC. It’s a beautiful game, and fun as shit. And now they’re giving you the ability to trap booze and avoid the law? Love it. With the uptick of role playing in the past few years because of GTA 5 – people are starting to see the fun in it, and more people are trying it out.

It’s kind of nerve-racking to get into, but once you shake out the jitters it’s an absolute blast. And now we have the ability to role play in the Old West? Now that opens up a whole new side of RP. Catch me role playing a sleazy moonshiner that doesn’t play by the rules. Meet me behind the saloon for some whiskey, and I rob you for all you have and steal your horse. How does a Bostonian work in the Old West? That’s the beauty of RP. I’ll figure it out. If Rockstar stays on their shit, and keeps things spicy, I can see this being a game that takes a while to fade away online.