Where do I even begin with this game.  Resident Evil is one of the longest running “survival horror” gaming franchises in videogame history, and is Quotation “Survival Horror”, because not every game in the series follows suit.  For example, Resident Evil 1 , 2 , and 3 revolutionized the survival horror genre for all sorts of gamers, while Resident Evil 4 shot the series into the stratosphere with its polished plot, great gunplay, and downright nightmare inducing enemies.  However, Resident Evil 5 , 6 and the spinoffs and off shoots of the franchise strayed way too far away from the game’s roots, essentially becoming another run and gun action packed zombie blasting shoot em up.  Capcom shelled out the waste left over by 5 and 6, and decided to dig their way back to the roots with Biohazard. 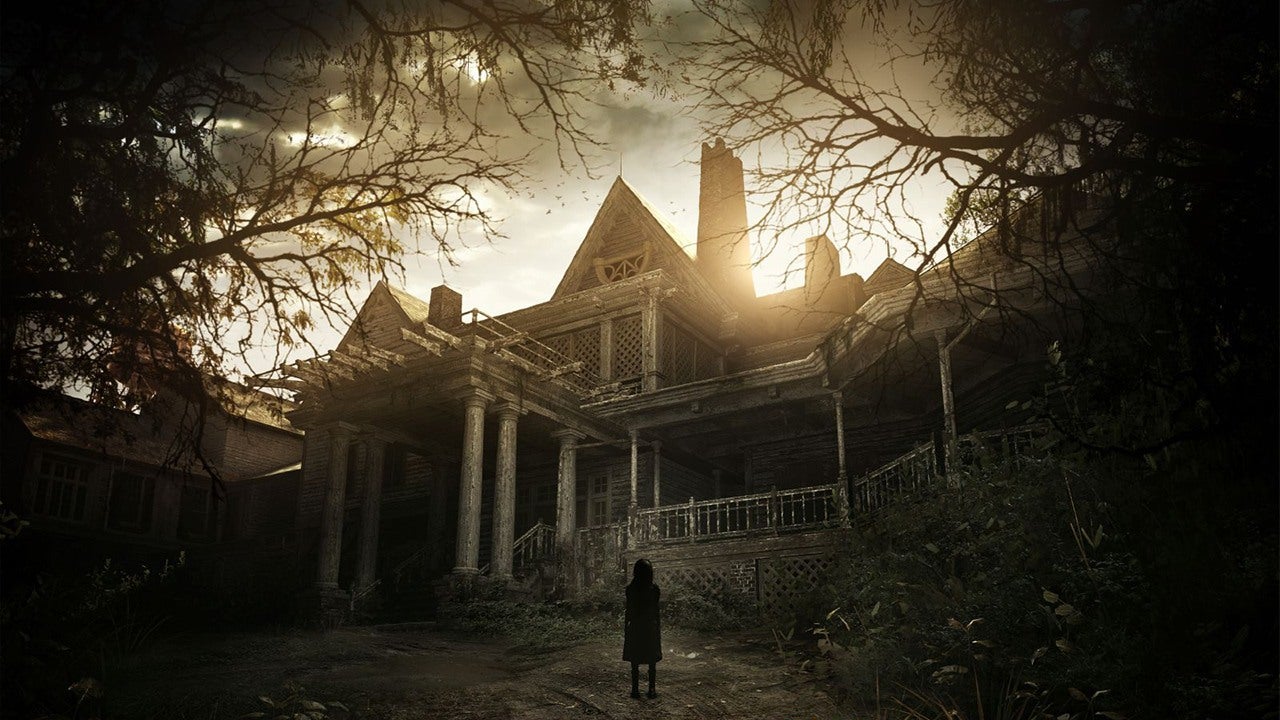 Resident Evil 7 Biohazard is survival horror in every sense of the word.  The Baker household in the swamps of Louisiana make for a perfectly dark and gloomy setting.  The enemies, consisting of the Baker family and some gooey tar snot creatures called the molded are menacing, with the Bakers stealing the show with pure enigmatic charisma.  I don’t even know how many times I caught myself smirking or laughing over some of the ridiculous shit the family members would shout at you as they hunted you down with axes, shovels, chainsawscizzors, and…bugs?  The combat is clunky and slow, but it hearkens back to the controls from the playstation one era games.  There is nothing more unsettling than having a nearly indestructible man of the swamp hunting you down with a shovel, and all you can do is slowly try to pop some handgun shots off at him, with him eating them like you’re tossing popcorn kernels into his mouth, only to find out…you’re now out of ammo and need to turn around (slowly) and run away to hide.  The cards are pretty much always stacked against you, supplies are scarce and preserving them is difficult.  Enemies can be tough to take down, and the atmosphere keeps you constantly on edge.  The house is practically alive with creaks and groans and every creepy tonal notch in between.  The sound design in this game is absolutely fantastic, and in my opinion the leading cause to why I was always on edge.

The first 2/3rds of the game are near perfect for a game of this caliber, however, the last third of the game switches things up in an effort to make plot connections from questions we have been asking the entire game.  The plot filling worked well, but the last portion of the game, setting and gameplay wise was alright at best.  But all in all, Resident Evil 7 was a terrifying blast of unnerving fear and fun.  The setting is brilliant, the characters are unsettling yet still charismatic, the gameplay went back to older and truer form of survival horror with clunky movements, and constant micromanaging of resources with your inventory, and the plot was a great place to start for a hopeful renovation to a beloved videogame franchise.  I did however have some qualms with the game.  The protagonist Ethan, isn’t the most engaging character, and is easily overshadowed the Baker family.  Some of the puzzles didn’t rub me the right way, and I honestly think the integration of a 3rd person viewpoint would have been great.  Look at a game like GTA 5, they added a first person viewpoint and practically created a whole new game.  I just think the ability to swap back and forth between 3rd (similar to Resident Evil 4) and 1st person would have helped in some of the closer environments, and could have helped to give Ethan more character, since all we really ever see if his maimed extremities and half of his face at one point later in the game.  Even with my downsides stated, Resident Evil 7 Biohazard is still a great game.  If you enjoy Survival Horror games then you absolutely have to check this game out.

Welcome To The Family