Rocket League continues to gain new players & eyes since going F2P. It helps being purchased by Epic Games(Fortnite) a year+ to date. Tall & not so lanky guy Chris(220lbs) wrote a couple months ago on the expanding partnership with Epic to bring NFL content to Rocket League. They’ve now returned to kick off the highly anticipated Super Bowl week on a high note of daring aerials & flip resets.

Rocket League announced last week that there’ll be some brand new content coming during the big week, including a new Limited Time Mode. There’ll also be new challenges to complete & the return of the “NFL Fan Pack”. The official details can be found here.

Personally, I’m not too great at the game of Rocket League. I drive around & attempt to fly in the air, but am usually off by a couple degrees of angle. Maybe a Doctor Bob game to master, but the game of Rocket League can be so fun for even the most casual players, especially when there’s LTMs in the playlist. They usually have some goofy twist that can help the less-skilled players(myself) actually contribute to a team’s chance at winning. This game mode “Gridiron” will be just that to make me feel like some sort of teammate instead of a drifting liability. We got 4v4, a football with random bouncing abilities, a sticky car that’ll place the ball directly on top, and an out of bounds line somewhere on the walls. I assume it’ll play very similar to Spike Rush, since the ball will attach to the top of your car, but there is ability to “pass” the ball also. Naturally the points to be scored will be in 3 & 7 point increments.

Super excited to steal all the boosts starting Tuesday. The LTM will run from Feb 2 until the 8th next week. Finally us less than average players can stand a chance against the supersonic acrobatic rocket-powered battle-cars. 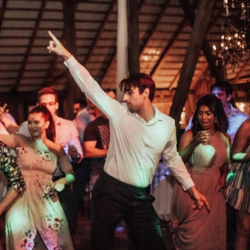 Latest posts by Tiggy (see all)