Are you a fan of Metal? Do you find yourself drawn to the darker powers? During your most awkward phase in life, have you ever just thought about ruling your highschool with ash and cinder? If you have answered yes to any of these questions, then I’m sure you have seen Todd & The Book of Pure Evil at some point, and if you haven’t please do us all a favor and fucking watch it already. 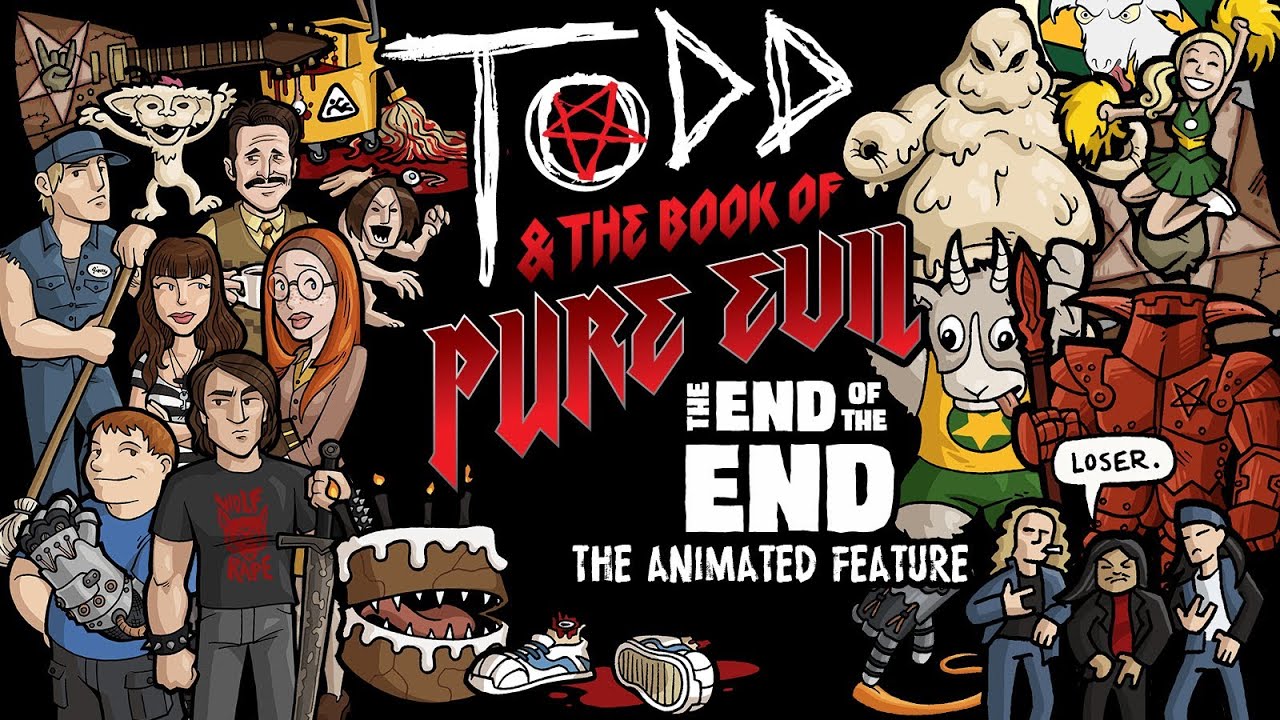 Todd & The Book of Pure Evil is a Canadian dark comedy series that revolved around a loser metalhead going through his awkward phase at Crowley High, as Todd tries to impress the typical hot girl, Jenny, with a dick jock boyfriend, has a hilarious one armed friend Curtis, and becomes buddy buddy with the nerdy girl Hannah. Todd finds this Book of Pure Evil and upon reading it, releases two seasons worth of laugh out loud carnage where students and teachers get slaughtered left and right, and honestly by the end of it all I kept asking myself how there were still any students left at Crowley High.

Anyway the show was one of those rare gems that burned bright but was ended prematurely and for the longest time it never made sense to me. Todd garnered some pretty solid appraise in the northern lands of Canada and honestly struck some real strings in the States, on top of all that, Season 2 ended with a pretty open cliffhanger. I searched high and low for a while to find out why they were cancelled and never got my answers, but I did find out that the creators and actors weren’t all that happy about it. It was one of those shows that everyone loved to be a part of, similar to Blue Mountain State, where the cast and crew wanted the show to just keep going, with die hard fans always begging for more, but apparently it just didn’t work out. In more recent news, I watched Deathgasm in Netflix which completely reminded me of Todd and I began my research once again. This time I found out the creators started up an IndieGoGo campaign to raise money for an animated conclusion to this great series. I wish I found it earlier so I could have written this article to try to bolster the support…but honestly, they didn’t need my help anyway. The goal was to raise 75,000$ to pay for the animated movie which would cost mush less than a live action conclusion, and thankfully they’ll have all of the original cast doing the voice casting. The crushed their IndieGoGo campaign with almost 125,000$ in support, so all of us Todd fans will be getting the conclusion we have been waiting for with Todd & The Book of Pure Evil: The End of The End. They started production in 2014 and we should hopefully be seeing the end result this year, so keep an eye out for Todd & the Book of Pure Evil: The End of The End. Enjoy you fucking Shit Roosters!