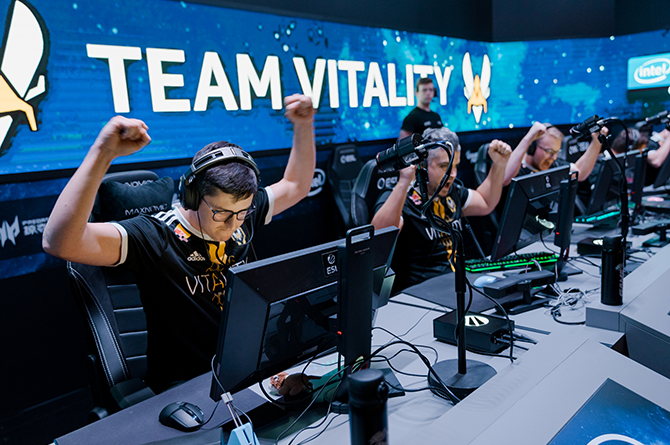 Both of the top caliber French teams in CSGO took home trophies today with G2 beating out Team Spirit 2-0 and Vitality dueling with my team of 2019, Mousesports 2-1. G2 won StarLadder Malta. winning Map 1 on their pick of Train, and closing out the tournament early with a followup win on Team Spirit’s pick of Inferno. This was a great showing from G2 especially during some of their more turbulent roster changes of 2019. It seems as though the additions of Hunter and Nexa have really helped to round out an already solid core lineup of kennyS, AmaNEk, and JaCkz. It is a good consolation take home win for G2 in a big transition year for them.

In the more stacked tournament this weekend, Vitality went up against Mousesports in the Grand Final of Epicenter Moscow. These are two of my favorite teams to watch, with Mousesports being a real contender for a Top 5 position following their last 3 tournament wins over some of the best teams in the world. Vitality has had more of a shaky path to the end of 2019 with the only player on their team posting positive stats being Zywoo, more than likely HLTV’s player of the year, going absolutely fucking insane stats wise and today was no different for Zywoo.

Map 1 was on Vitality’s pick of Inferno where Mousesports have continuously had success. ChrisJ and Woxic were on fire with some great clutches and Karrigan saved them plenty of times with great mid round calls to rotate to different sites and executes. RPK played a solid anchor for Vitality as he always does on CT side while Zywoo racked up kill after kill for them. The only problem here was that the once considered French Phenom, Shox just never showed up and this will continue into the next two maps for him. Mousesports took Vitality’s map pick for going up 1-0 on Inferno.

Map 2 took them to Mousesports’ pick of Mirage, yet another map they have been very dominant on. Alex was making some incredible play calls on the side of Vitality to keep the rounds bouncing back and forth between both teams. Ropz and Frozen played well, with Frozen making one of the sickest 1v3 clutches of all time in 10 seconds. The only issue here was Zywoo dropped over 30 kills hard carrying Vitality through Map 2 and securing the decider map 3 on Nuke.

If you remember back in the ESL Proleague tournament, Mousesports 16-0’d Evil Geniuses on Nuke…and then subsequently were drug tested, so I was expecting them to do the same. This was not the case unfortunately. Vitality started off on CT side destroying Mousesports on every area of the map. Alex played the role of the schoolyard bully with full outside control while RPK anchored inner A site. Mousesports played it as well as they could, doing their best to avoid the artillery canon that is Zywoo but couldn’t manage to break through Alex or RPK. Vitality was up 10-1 and the genius that is Karrigan made the right moves to get back into it ending the half at 10-5. Again, Ropz and Frozen were the only two players on Mousesports to get any kills. The odds were stacked against them on CT side, being down so many rounds, but they kept fighting back trading force buys. Unfortunately for them, Vitality was just too far ahead and ended up winning Map 3 and taking the Epicenter trophy home. It could and probably should have been a a much closer map, but it just took too long for Woxic, Karrigan, and ChrisJ to heat up. All in all it was a huge weekend for French CS. G2 is finally showing us their full potential with their updated roster and Vitality got a much deserved title under the belt.